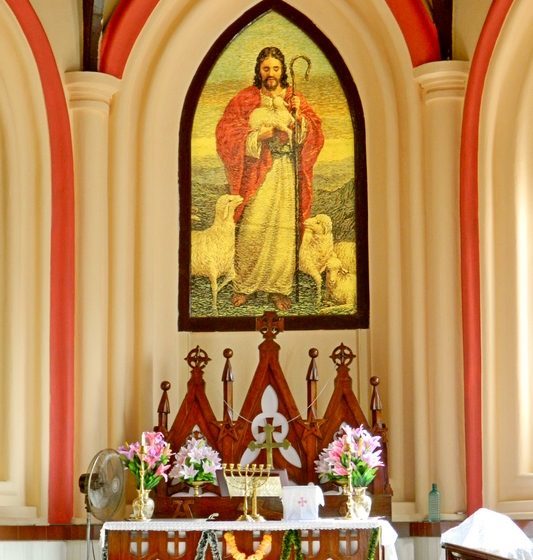 I live in a country where being “religious” is highly and inevitably synonymous with being an intolerant fanatic of either Hindu or the Muslim affiliation. Before you can your spell of dubious darkness on me, I would like to say that every individual had a way that is so uniquely meaningful in their understanding, to excavate some life truths. Spirituality or the idea of “God” I think it’s like an emptiness which can only be satiated by the truth.

Being born into a traditional Christian family, the over exposure to the religious concepts beliefs and practices had created so many doubts while seeing these things being carried out and the failure on the part of so many people to clarify my rational queries of “why do this or that?”soon resulted in the extinguishing of the flame of curiosity in me.

When I was about 5 years old, waves of illnesses started to hit hard on me. One after the other, diseases started taking its turns and ate away my mortal self, they drained all my strength.  As life was slowly ebbing away at a steady pace from my body, the last strings that held my body and soul together was the  prayer of my family and the church. Miraculously I escaped the jaws of death with wonder as my health reports showed signs of positive development and finally I gave myself up to this belief and faith in God.

After 18, I gained the consent of the society as a legally matured sensible adult at the same time, my newly developed advanced rationale started to irk the godly beliefs in me. The concepts and ideas I had learned as a child from my religion stood in Stark contradiction to the reality in these practitioners’ lives and gradually the idea of God became “numb” in a once agnostic mind. I finally gave up on my beliefs while trying to find solutions to my own created doubts. Thoughts after thoughts, questions after questions all supplied by friends near, far and dear ones hindered my walk with God.

“You might be in the dark but a flash of light can still help you find the way back” rang the words of a preacher in my Church. That was my long awaited, much required wake up call. I picked up my spiritual life that lay then in shattered mess with a decision to mend it and not let it be broken by no evil force of doubt. I owe my church and my pastor in helping me at during this tumultuous period to fight back and come back to a life in Christ.

A changed person n Christ is a content soul. I know some or the other who is reading this or hearing my story is going through the same exact series of tensions and the sequence of failures it may be that  of business, problems in the marital like, economic instabilities, rising insecurities, or even the pressure from the society taking into count both the family expectation and the societal standards, when these all hit you and start choking you, the answer unchangeably remains right there within our reach- God

Jesus said “cast your worries on me and gave the parables of birds and animals to prove the point that it is not by the efforts of one’s own hand that he or she survives but the grace of the almighty all providing father. Being the social person I am, I have had the opportunity to befriend and hear from my friends who have enlightened and has showed light on so many elements of different religion that lay uncertain in my mind till then.

I have come to the conclusion that not even a single religious system is bad because, all the religions essentially tries to channel the individuals to the path of well being and amplifies the goodness that needs attention and nourishment in every individual  but nowhere in any one’s speech did I come across a god who left his abodes and came down for us, a god who became a human in flesh and blood to live amongst us as one of our kin and kind, a god who poured his heart love to even those who hurt and betrayed him ultimately killed him, a god who gave up his one and only son as a price for saving the millions of flesh loving sinful unworthy humans, a god whose life is was the biggest lesson and teaching for all of his followers to refer….

I have tried so many times to look at my own abilities depend upon it and work for my own goals but it has always ended up in failures. This remains valid in my business life and personal one too. God is that one element that can bring about a clear cut change in the course of our life this is the same reason why people say that “with god I am a hero and without him I am just a zero”.

Just like how a worthless zero attains higher values our lives too can become much more meaningful if we have god with us. Whenever I have tried putting my faith on my money or my own abilities failure has struck blows of sorrow and dejection. All my dear brothers and sisters, I learned my lesson the hard way I don’t want you to go through all this before you have